If you teach, you’ve seen it.  There are students with high status that tend to dominate group work and feel more confident speaking.  Likewise, there are those students that don’t feel like they have much to offer and often end up with their heads down, off task, or, at best, quietly listening to the conversation.

The freeze card was an idea stolen from a district PD which was then developed further to aid my specific students.  Below is iteration 3.0.  I began with just FREEZE.  Then, realized that students didn’t know how to have conversations after it had been laid.  Thus, I added some sentence frames to the back of the card.  Bouncing ideas off another colleague we arrive at the current card below. 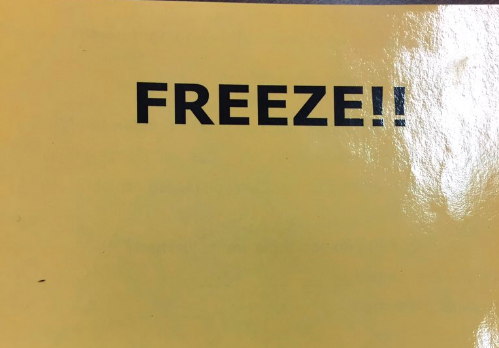 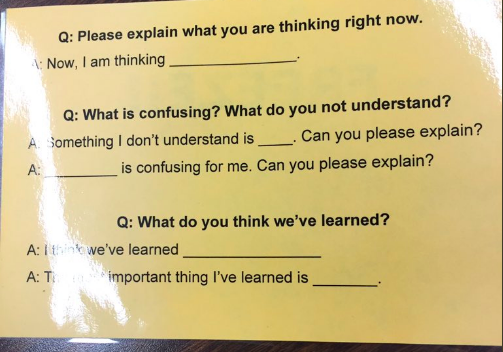 It should be noted that this idea was implemented at least six weeks ago and the actual use in class is slow, but consistent framing and celebrations when students lay the card have led to more and more use.  Just today, a student laid the card down and no one in the group stopped to explain.  I took the moment to celebrate the student and said “Nice job!  This student gets 10 points but everyone else in the group loses 2 points because they did not freeze to explain.”  That woke them up and soon they were talking. (it should be noted that points were arbitrary – I had no idea what I meant by that but it got them working!)

What are your thoughts?  What would you change for version 4.0?  What else do you do to encourage equitable conversations and group work?